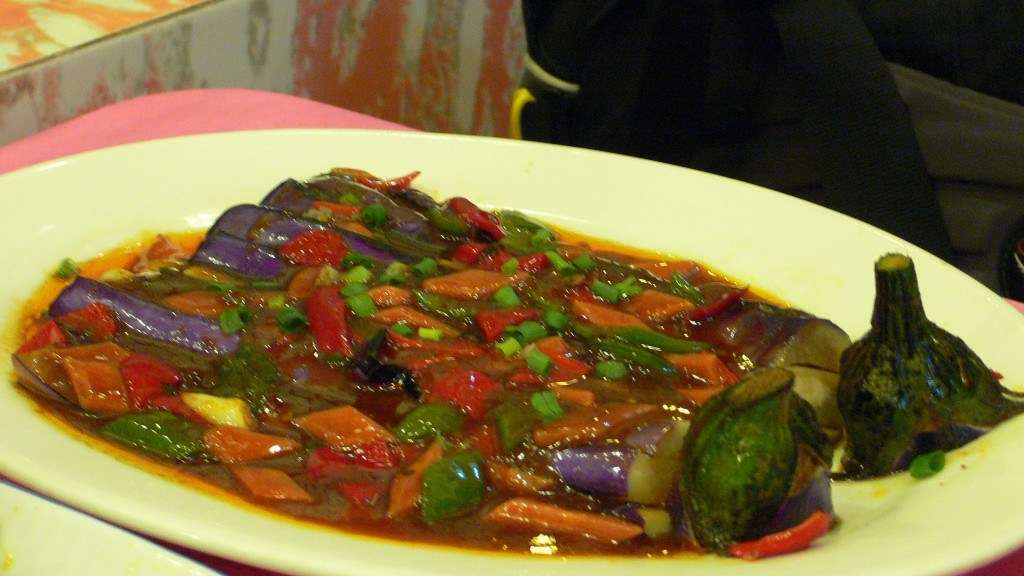 First, what is it? “Paleo” has become the catch phrase for what started out being referred to as Paleolithic diet, that is, endeavoring to eat only what would have been available to humans in the Paleolithic era – that’s the stone age, when humans first began using stone tools and had not yet settled down to cultivate crops. Think nuts, figs, hunted meat / fowl / fish, and gathered plants. There is plenty of debate among food anthropologists about exactly what would have been eaten when during the Paleolithic era, which spanned more than two million years. And, even more arguing continues on benefits of Paleo today, for generally healthy people, and for specific conditions.

No shortage of opinions (and I’ll add mine) – but currently, Paleo-ish eating is embraced by many as allowing most any whole food while excluding processed grains and dairy. What comprises “processed” may surprise you. That means sugars and sweeteners of course, and all those processed snacks marketed to moms as healthy for kids, like granola bars, power bars, sweetened yogurt, breakfast cereal, processed meats, and cheddar crackers. All grains, including organic, stone ground, corn, rice, wheat, buckwheat, sorghum, gluten free, millet, what have you – are out. Beans and legumes are out too, though some leniency is permitted here and there if these are soaked or sprouted (soaking raw beans before cooking gives better access to nutrients in these foods, as does sprouting.) Starches like potato are passed over in favor of parsnip, beets, sweet potatoes, rutabagas, pumpkin, snap peas, winter and summer squashes, yams, and turnips. Vegetables are included in abundance. Dairy products are entirely omitted, though the lines blur again for raw dairy products (which I enjoy as often as available). Nuts, seeds, meats, poultry, eggs, and even fish are welcomed – as long as these are sourced organically or as free of toxins as possible. Fats from ghee (clarified butter), egg yolks, palm oil, coconut oil, bacon, avocado, and nuts/seeds are used liberally. Fruits are allowable in moderation, as these are considered a potentially detrimental sugar source. Bottled fruit juices and soft drinks are off limits, with emphasis on water, mineral water, herb teas, coconut water, or almond or coconut milk (full fat of course). Want a full listing of allowable foods? One of my favorite sites on this is Balanced Bites.

What about kids? One of the first things you’ll notice about Paleo eating is that it gives more protein and a lot more fat than we are told to eat by the USDA’s current guidelines. Does eating fat raise cholesterol and make you fat? Does eating more fat raise more obese kids? Enter another voluminous debate. I fall with the Paleo people on this one, and have for a long time: In 1988, as a young intern providing nutrition in-service for staff from the Health Promotion and Education Office for the Hawaii State Department of Health, I got into a lot of trouble for saying “No, it doesn’t.” It’s true: Way back then, we already had evidence that eating cholesterol does not raise cholesterol or risks for obesity, heart disease, and diabetes as much chronically eating refined sugary foods – which is exactly what most kids eat in the US today.

Children in the US were not commonly obese before the 1970s, when meat, eggs, bacon, butter, and whole milk were still staples for many families, and when processed junk food was just getting started. There were precious few special low fat foods or diet sodas, and margarine – infamously promoted as a healthy lower fat option – was not so widely used for years to come. So, what flipped the fat switch for our kids?

Our kids became more overweight and less healthy with the kaboom in processed sugary foods. High fructose corn syrup, introduced in the 1980s, was next, and it is more present today in foods than ever. Suddenly soda became ubiquitous, versus my 1960s childhood, in which it was literally a once-a-year treat in the beach cooler (when you still needed one of these to open the can). The ’80s were also the decade that ushered in an avalanche of oral antibiotics in children – a tool widely used in feed animals to make them gain weight. Then, in the ’90s, the FDA turned a blind eye on regulating the new genetically modified (GMO, or “genetically modified organism”) food crops sprouting up. That meant that GMO foods, whose effects are so hotly debated that several countries ban them, popped up in everything from infant formulas (corn syrup, soy protein) to cereals and candy (corn and soy ingredients, again). For the first time, a generation of children was raised on refined, sugary, genetically modified foods the likes of which a human gut had never seen. While other factors surely play in – computers, video games, more couch potato-ing – there is no doubt that dramatic changes in our food supply and eating habits were key to fueling the obesity epidemic in US children. 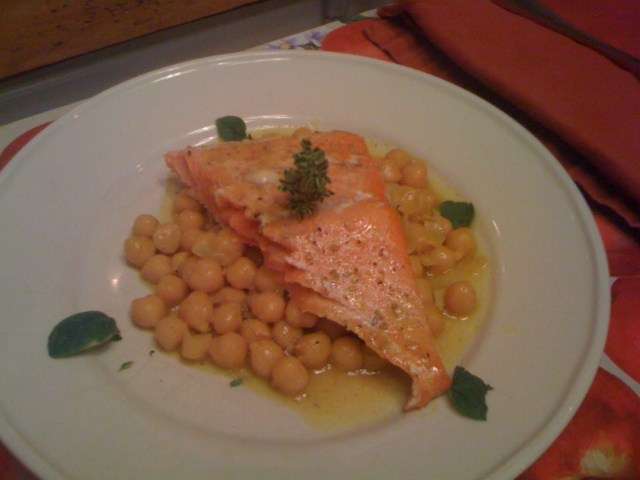 By going Paleo, kids automatically avoid these manipulations to our food supply that coincide with the rise of obesity and chronic disease in US children. Meanwhile, fats are essential for normal nerve and brain growth. Children need different ratios of macronutrients than adults, who are done growing. They need plenty of nutrient dense carbs, varied proteins, and ample fats. They don’t need simple sugars, refined sweeteners, additives, hormones, pesticides, or artificially altered fats in their brains. These can interfere with brain chemistry, nerve cell function, or endocrine balance.

I’ve reviewed thousands of kids’ food diaries for the last fifteen years or so, and can say that it’s not uncommon for me to find food intakes showing too little fat to support optimal growth, brain function, and learning. How much is too little? When a food diary tallies up to 20-25 grams daily for fats and oils, that’s a problem – especially if those fats come from processed foods, which are the wrong kinds of fats for a child’s brain and nervous system to grow on. And that’s not to even mention all the other critical functions of fats in a growing child’s body. I look for at least a third of a child’s calorie intake to come from healthy, whole food fats and oils – organic if possible. Paleo can do that easily.

You might think that Paleo eating means weight loss, or eating in an Atkins like fashion, in which carbohydrates are deeply limited to as few as 30 or 50 grams per day. This puts the body into ketosis or fat-burning mode. Kids can experience stunting if using a ketogenic diet long enough, as some do as a means to control seizures. Without carbs, even with enough protein and fat on board, it is hard for a young human to grow. By comparison, most school age kids whose food intakes I’ve seen are eating somewhere around 180-250 grams carbohydrate per day, depending on their age, weight, and activity level. Kids are busy and active! Unprocessed, unsweetened, whole-food carbs let them get it done and grow and learn at the same time. It’s the sources of the carbs that matter here, and once again, Paleo eating has an edge. The carb foods included are nutrient dense for vitamins, minerals, phytonutrients, and antioxidants. Some foods – cauliflower for example – add anti-cancer effects also. Not what you get out of your usual bag of animal crackers, even if they are organic and gluten free. And by the way, cauliflower is a more versatile than you think. It cooks fast roasted or steamed, can be mashed with savory spices and garlic as a potato alternative, and subs in nicely for pasta when you might crave a pesto or marinara sauce. A favorite in our house is roasting it then tossing with sauteed pine nuts and garlic. Add some fresh chopped basil plus a little crisp crumbled bacon and it’s a meal. 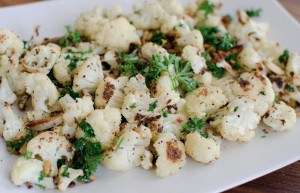 For sure, this is not a strategy for vegetarians. Animal foods and their pure unadulterated fats are prized in the Paleo model, as is their whole balanced protein, and minerals – unfettered by the “anti-nutrients” that can obstruct release of protein from vegetarian sources (see soaking and sprouting links above). Paleo eating is also more flexible for carb sources than the Specific Carbohydrate Diet (SCD), which swept through the autism community a few years back as a means to heal the gut.

Bottom line: Paleo is work for sure. It’s basically what my grandmothers did for cooking, minus the flour (they ate their share of raw milk, both having been born before 1890). Someone has to get in the kitchen and start cooking scratch food. No more PB and J sandwiches, yogurt tubes, cereal from a box, or granola bars. But, in my experience, it’s not as hard as you think. Any effort counts. We aren’t full-on Paleo in our house – I still do my share of baking gluten free favorites for family, and my son isn’t ready to part with brown rice pasta just yet. But we sure like this food. Once you start eating more of it, the other stuff just starts to look, taste, and feel nasty. With some planning and prioritizing, even if you manage to include just a few Paleo-inspired meals and snacks on a regular basis, you will be on your way to feeding your kids nutrient-dense, hearty, low toxin food. And it isn’t all business – look around for some pure fun recipes, like gummy snacks and “Primal Fudge“. For a great kick start cookbook, my current favorite is Practical Paleo. Dive in!