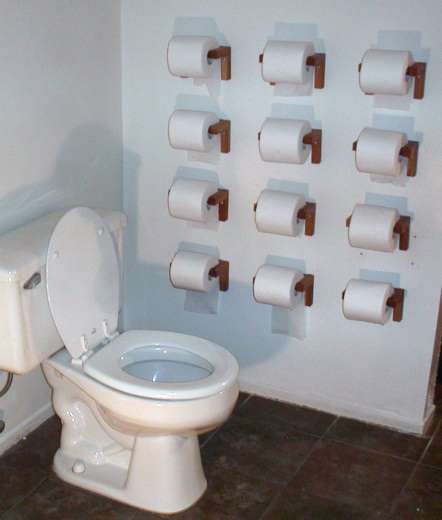 Stool Testing For Kids: How And Why To Do It

One of the more frequent lab requests that I make in my practice is for stool testing. Why? Because it tells me a lot about what is going on in a child’s gut, without drawing blood or going under anesthesia for endoscopy or colonoscopy. In fact, you may be able to get more action and traction from the findings of this type of test, than from having your child scoped – an invasive, expensive, and challenging procedure. In that sense, it’s a lot of bang for the buck, and easy to do. You don’t even have to tell your child the test is being done (see how below), or leave home.

Often parents tell me, “This test was already done. Everything was normal.”

Here’s the thing: If this was done by your gastroenterologist or pediatrician, chances are that only the most serious bad actors were screened. These are things like Giardia, Salmonella, Shigella, certain types of E. coli, microscopic parasites (or bigger ones), or Campylobacter. These are super nasty microbes that usually trigger obvious symptoms like diarrhea or fever. They can be present with chronic, non-specific symptoms too. Among kids in my practice with this work up already done, finding one of these is somewhat rare.

Does that mean there is no problem? No. The old adage “if you don’t look, it isn’t there” fits here. Stool analysis is no exception. There is much more to assess than whether or not your child has an egregious infection. FPIES, constipation, diarrhea, difficulty potty training, food allergies, growth and feeding problems and more are conditions that are responsive to and dependent on gut microbes, digestive capacity, inflammation, and more. Detailed stool testing can look at all this. Why doesn’t your doctor use it? Mostly, because insurance doesn’t always cover the more detailed testing.

I’ve relied on this often to explore why a child is belly-bloated, has hiccups or reflux, won’t grow well, won’t each much, has unbeatable sugar cravings, or is painfully constipated. Stool testing in this realm includes assessing the profile of beneficial bacteria too, which can guide the use of probiotic supplements as well as foods to support healthier gut terrain.

This isn’t just for kids with active GI symptoms, pain, bloating and so on. It’s also a critical path tool for kids struggling with behavior.

Kids who have conduct disorders, anxiety, OCD, perseveration, volatility or even depression may have a gut biome that drives all of these problems. This is not new, or fringe theory; more and more evidence is piling up to support the gut-brain link. I have witnessed countless cases of this, and seen “psychiatric” features evaporate, with assessment of the gut biome environment followed by a targeted intervention to redirect it. Diet, probiotics, herbs and other supplements can help do this; in some cases, prescriptions for antibiotics, parasites, or antifungals might be needed.

Testing is available to include Candida screening (aka yeast or fungal species in the gut) in detail. Several labs specialize in not only characterizing how much fungal material is in a stool sample, but exactly what types are there (there are at least thirty different types of fungal species that my end up in a human gut) and what will kill them (prescription meds and herbal tools). Conventional tests may simply say yeast is present or not in a stool sample, or not even look for it at all. “It’s normal for a human gut to harbor some yeast”, your doctor might say. “It’s of no consequence, until it’s visible thrush, the white stuff coming out your child’s anus, or coating your child’s tongue.” But there’s more to it than that: How much yeast is normal? As it turns out, there isn’t clear consensus on this in the “standard of care” universe (that is, what insurance companies will pay for). Some kids also have antibody reactions to ordinary yeast strains, meaning that even small amounts in the gut will be quite irritating, behaviorally and for stooling or appetite.

Why does this matter? A healthy gut and immune system control yeast, keeping it to low levels. But many circumstances can leave the gut dominated by yeast – at the expense of healthier, friendlier microbes that we need for good digestion, absorption, and immune function. Symptoms of this scenario can include a chronically bloated belly, or large, hard to pass stools. It can trigger constipation so severe and digestion so sluggish that hospitalization is needed to remove fecal impactions. Others may experience fatigue, mood swings, behavior spikes, or diarrhea with yeast overgrowth in the gut. Yeasty guts also drive rigid appetites that keep kids eating starchy, sugary, empty foods and away from nourishing foods rich in minerals, healthy fats, and protein. All of this can be going on with no particularly notable changes on usual lab tests. Can it really be that bad? I have encountered one case in which a child needed hearing aids by age 10, due to an unertreated, chronic fungal overload. As his mom explained, serious intervention wasn’t offered until “the white stuff was coming out of his ears.”

It gets worse: Once well settled in a human gut, yeast microbes can shift to a mycelial form that behaves like ivy growing up a chimney: It roots into the intestinal wall, making micro-perforations, akin to how ivy anchors itself in the mortar between bricks. This makes the gut too permeable, too permissive. Larger molecules than are normally allowed can pass into circulation, triggering reactions to foods. Voila: You’ve just created a food allergy or sensitivity, thanks to a “leaky gut”. Other gut infections and conditions can create leaky gut, but for sure, yeast is a player that must go if you want better feeding, growth, digestion, and absorption for your kids.

Besides seeing the fungal burden in your child’s gut, many markers for digestion and inflammation can be included, along with extremely sensitive DNA screening for microscopic helminths and parasites. Your doc may say these don’t matter, and we all carry them. But what I have observed time and again is that for underweight small children, they do matter, and can mean the difference between only tolerating three or four foods without reactions and growing poorly, to digesting many foods well and gaining and thriving. Every kid is different.

Working with a provider experienced with this testing can save time and trouble. No single test can answer all the questions, and all tests have limits. These tests are no exception. A helpful back up is a urine microbial organic acids test, also available to collect at home. This test picks up by-products of toxic microbes, rather than detect the microbes themselves. If the toxins are present in urine, then the microbe is active somewhere in the body, perhaps beyond the gut. Still, viewed in the context of the child’s food intake, growth pattern, and other signs and symptoms, I’ve found detailed stool tests to be one of the most helpful tools in my practice – especially for detecting yeast overgrowth and possible Helicobacter pylori infection that nobody had yet noticed.

Fun fact: Blood-draw antibody tests for H. pylori are a less reliable way to discern active infection, but they are commonly used for that purpose. H. pylori is a disruptive microbe that can trigger ulcers, reflux, and weak digestion; it can handily establish itself in the digestive tract in children with weak nutrition or poor growth status. 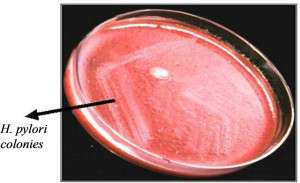 How to collect a stool sample without telling your child

Got a nervous kiddo who doesn’t want you messing with his poop (who does?)? Here’s how to capture a sample:

Do kids need to know? Unless your child enjoys this scrutiny and detail (doubtful), which many will not understand anyway, they don’t need to know. Who wants their poop scrutinized and discussed? Nobody, frankly. For older kids or kids who are the more vigilant type, if they must know or are likely to notice, the simplest, plain, and least invasive information is best. Let them ask questions if they need more information. “The doctor is looking for anything that could make your stomach hurt” may suffice for younger ones. Err on the side of less, not more.

Long short, if your child has had GI consults and no results, consider more detailed functional stool analysis. I have a number of tools at my disposal for this and can help you complete this testing. It may yield enough new information to help your child access effective support and treatment, so they can feel better, eat healthier, and thrive.