Is It ADHD Or Weak Iron Status? You Don’t Need An MRI To Find Out 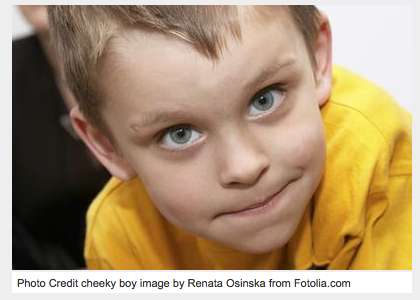 A recent item in Science Daily had this headline: “Is Low Iron In Brain A Sign Of ADHD?” with subtitle “MRI technique might aid diagnosis, treatment, researcher says”. The researcher in this case was a postdoctoral research fellow in neuroscience at Medical University of South Carolina. No MD degree, no pediatric nutrition training, but lots of studying neuroscience in an imaging lab. In fact, the news was first reported at DiagnosticImaging.com.

MRIs are cool, but you don’t need one to find out if low iron is triggering ADHD in your child. Low iron in the brain is not so much a sign of ADHD, as ADHD is a clinical sign for low iron.

Any child entering my office with ADHD is suspect for low iron status. Simple to screen, with labs, food intake, clinical signs, or all three. Cheap, fast, and reliable diagnostics.  The treatment can be cheap, fast, and reliable too: Iron rich foods; iron supplementation if needed; increased protein intake if needed (what carries iron to your brain in the first place? It’s a protein called transferrin.).

If I am catching the drift of this study, it’s something like this: Let’s use a terribly expensive and often traumatic or challenging diagnostic procedure for children, that also just happens to be neurology’s only diagnostic tool short of invasive brain biopsy, and just happens to be this researcher’s favorite way to assess anything brain related, to see if there is too little iron in the brains of kids with ADHD.

When all you have a hammer, everything looks like a nail. Well, that is curious. How would, say, Adderall change iron kinetics and transport in the brain? I am not certain if anyone knows.

But we do know that kids with ADHD are nearly always experiencing some kind of chronic nutrition deficit, including (but often not limited to) weak iron status. Good nutrition screening and intervention can diminish or even reverse ADHD features, and I have witnessed this hundreds of times in practice. Without brain scans or drugs. Plus, the kids just get healthier and happier; they often sleep and eat better too.

Others have pondered the use of brain scans to assess where iron is going (or not) in the brain. Its kinetics in the body are complex and probably not completely understood. But, it is well understood that iron is critical for cognitive development.

It’s no surprise that a scan with capability to see an essential mineral like iron would show less of it in the brains of children with learning problems. Iron is so potent for learning, that anemia can leave a child with a diminished IQ for the rest of his life, depending on when the anemia happens, for how long, and how severe the iron deficit is. This appears to be most important at younger ages, when the brain has its most rapid growth and development. Alternatively, iron can be very toxic to the brain if too much is in there (or anywhere in the body for that matter). It is delicately balanced in the body by a suite of carrier proteins and genetic controls that express these proteins.

With either weak iron status or anemia – two distinct problems – neurotransmitters are not metabolized normally. Iron is needed to both make and break down neurotransmitters in the brain – not to mention carry oxygen to the brain. Besides imbalanced neurotransmitter chemistry, children with anemia will have more learning problems or can be more distractible when their brains are not perfused (oxygenated) to optimal levels.

Even before lab findings indicate anemia, iron status can be marginal but not below the reference range. At that point, the brain’s ability to focus and pay attention may be like a cart with its wheels wobbling gradually off: It can work, sort of, sometimes. These are kids who do great one day at school, and fall apart the next, who can focus for part of the day, but unravel later on, who can manage language or reading tasks better than math tasks (which may be especially vulnerable to weak iron status). Ironically as kids initially enter marginal iron status, they tend to become more hyper and irritable; only with true anemia does lassitude, exhaustion and physical weakness set in.

By example, look at the space in this graph between iron deficiency, and iron deficiency anemia. In that window, learning starts to unravel, and many kids live here without ever being screened or replenished for iron. It’s likely that they will end up on stimulant medication instead, given the status quo in pediatric practice in the US, which engages little to no emphasis on nutrition support or screening. As the graph illustrates, a thoughtful assessment for iron status takes more than just pulling blood to look at serum iron level.

Barring outright symptoms that scream anemia, many pediatricians don’t request iron screening for their patients. Psychiatrists don’t, but many prescriptions for psychiatric medications for children are written by pediatricians anyway. So, we have potentially millions of kids in weak iron status, and no one is the wiser. Fourteen percent of US children are anemic, with anemia as high as one in four children (25%) in some regions. How many of these children are medicated with stimulants for ADHD, but did not get any nutrition screening?

If anybody does look at iron status, incomplete testing is often done. This misses kids with marginal iron status, and I suspect this was true in this study too – it claims all the kids had normal iron status.

Testing iron status is not as straightforward as many providers assume it to be. Measuring hemoglobin (Hgb) and hematocrit (Hct) have long been used to screen for anemia. These have tight lab reference ranges because the body likes to keep a very short leash on these two parameters. When Hgb and Hct drop out of range, you are anemic, and you’ve already needed iron (plus perhaps protein, and/or vitamin B12) for a long time.

This study looked at serum iron to see if the kids in the study were weak for iron status. This is not a clinically standard approach, since serum iron is not a reliable marker for iron status. It can quickly fluctuate a lot, relative to foods and other factors, and has a big reference range. In itself, serum iron level can’t say much about iron status or where the body is using it. In this study, saying that serum iron was normal in all the kids is not predictive of whether or not they need iron. Transferrin, the protein that carries iron into the brain, shifts based on the body’s total need. It may have been a better tool for this kind of study. Paradoxically, transferrin will be high in iron deficiency, because the body is trying to carry as much of the available iron as possible to tissues like brain.

For years, clinical recommendations have preferred ferritin to screen for low iron, which is a storage protein for iron in the body. Ferritin, unlike hemoglobin, has a very wide reference range. But because it can take quite a bit longer to build up or be depleted, ferritin is a better indicator of what the body needs.

The problem comes in interpretation of the lab findings. In my experience, a child struggling with ADHD fares better when ferritin stores are at or above 40 or 50, even though the reference range considers a value as low as 10 to be normal. If your child’s ferritin is below 30, it’s time to look at correcting that. Learning, sleep, mood, attention, and immune function can most definitely suffer at this point, even when serum iron, Hgb, and Hct still appear normal.

If ferritin is nearing 80 or 100, but your child still exhibits features of low iron, then it is definitely time to look deeper. Ferritin is an acute phase reactant – meaning that the body will make a lot of it in chronic inflammation or infections. This too can rearrange iron kinetics, exacerbate ADHD features, and warrants good (but different) nutrition support.

Technology is easy to glamorize. But simple, low tech tools that we already have and are widely accessible can help these kids out. For details on nutrition-focused tools for learning challenged kids, see Special Needs Kids Go Pharm-Free. Nutrition is a process, not a pill – with all the players present, it makes a great symphony. Thanks for stopping by!