Are Ketogenic Diets Good For Kids? 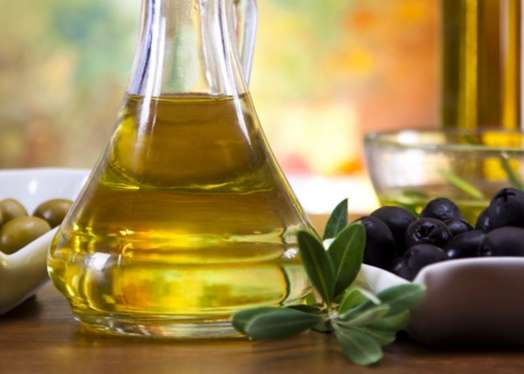 I’m often asked if ketogenic diets are good for kids. Parents are trying this diet and having great results – why not put the whole family on a ketogenic diet?

It doesn’t take much searching to learn that ketogenic diets have been vetted for nearly a century, when they were first noted for their ability to control seizures. Even conventional training for dietitians has included training in ketogenic diets for decades – they’re not new.

The new part is using them for weight loss, fitness, and all sorts of chronic conditions, from cancer and autoimmune problems to Alzheimer’s, multiple sclerosis, or autism. You’ve probably seen experts – from Mark Hyman MD to David Perlmutter – singing the praises of ketogenic diets. But what about your kids? And, what about using a ketogenic diet for kids with autism?

Ketogenic diets use high amounts of fats and oils, lots of protein, and very little carbohydrate. Typically about 70% of all the food you eat on a ketogenic diet will come from fats and oils, with only about 5% coming from carbohydrates. By contrast, kids usually eat anywhere from 50-70% of their total diets as carbs, with 20-40% as fats – so this is a big switch.

Research is mounting to show that eating this way changes the bacteria that grow in your gut. By now, you’ve probably heard about how deeply we rely on gut bacteria for overall health. Gut bacteria are essential to our well being, in that they help us digest and absorb the nutrients we need. They also cut inflammation and protect us from invading pathogens – that is, if your gut bacteria profile is healthy.

This is critical in early infancy too, to avoid conditions like allergies and asthma later on. And gut bacteria play important roles in other conditions that have been regarded as exclusively psychiatric or neurological for decades, including autism – but for years, I have helped families reverse behavior and developmental concerns in their kids by restoring a healthy gut biome. Now research is finally mounting to show that this is indeed possible!

If you have a lousy gut bacteria profile (which you can acquire by eating a junky diet, or using antibiotics, reflux medicines, and steroid anti-inflammatories), chronic and systemic problems are likely going to ensue. It’s popping up all over the academic literature landscape, and I’ve seen it happen before my eyes in practice for years: Nasty gut flora = nasty kids, nasty poop, nasty behavior, poor eating habits, and chronic health problems!

Anytime you change your diet, you will change the bacteria in your gut, in about 2-3 weeks. Ketogenic diets change gut bacteria too, and it is through these changes that this diet can support renewed health. Ketogenic diets also change our body’s primary fuel from glucose, which is obtained by eating carbs, to ketones, which are obtained by eating mostly fats and oils. The brain, and all our organs and tissues, can run well on ketones. When the body is using ketones all the time, this is called being “in ketosis”, a goal that is closely monitored for people who use ketogenic diets to control seizures. Even tiny amounts of carbohydrate can trigger a seizure for some people with epilepsy. Being in ketosis is when seizure control can happen best, for people who fail on seizure medications.

But ketogenic diets for kids may have a cost. They may not grow as tall as they would if eating a diet with more carbohydrate in it. This was noted in this study in children using ketogenic diets. The children’s progress for linear growth (that is, height or stature) slowed down after 15 months on the diet.

This may be partly due to changes bone density. Effects on bone development were closely scrutinized in this study, which found reduced bone density with ketogenic diets for kids.

Effects like stunting from ketogenic diets for kids have been observed for many decades, and I have witnessed this myself in my pediatric nutrition practice. Kids who come to me already on a ketogenic diet follow what occurred in this study, that also saw slowed growth for height and weight in children using ketogenic diets. And in this study, the number of children who fell below tenth percentile for height more than doubled, from ten to twenty-three children, while using ketogenic diet. They also had more than expected kidney stones and bone fractures. Children also may gain weight more slowly on ketogenic diets, impairing their growth pattern for both weight and height.

Slowed growth is not just a physical issue. It can have cognitive, functional and behavioral impacts too – and this another often-seen issue in my pediatric nutrition care practice. Ketogenic diets for kids may thus create unwanted cognitive effects, as described in this study on developing rats. In my practice, one of the most common findings for school children with ADHD/ADD is that they are underfed – ironically, often because they have been using a stimulant medicine that suppresses appetite. Eating poorly, they fall in and out of ketosis during the school day and disintegrate behaviorally for focus. Their food intakes need improvement, but being in ketosis does not seem consistently helpful.

These impacts may not be a concern for adults on ketogenic diets. This very small study of only three individuals did not find changes in bone density after five years on a ketogenic diet. This study of sixty-five adults saw reduced bone density in groups using either very low carb or calorie restricted diets for weight loss, but it’s unclear if the subjects sustained ketosis or not, or if bone density dropped simply because subjects weighed less at the end of the trial.

The Up-Side of Carbs

Carbs have been demonized for sure, and not without cause. I have seen thousands of food diaries over my years in practice for infants, toddlers, kids and teens (thank you to all those parents who filled those out with dispassionate honesty!). Without question, many kids I encounter come in with carb-heavy, low quality diets that rely too much on processed grains, sugary yogurt, juices, or starchy crackers and snacks. Not good.

But there is an up-side when eat kids about a third to half their calories from clean carbs. Kids are growing. Adults aren’t. When we’re growing, carbohydrates from food we eat spare the protein and fat we eat, so that they can be used for other critical tasks – both metabolic and structural – that adults simply don’t have because they’re not growing.

A child needs a lot more energy per pound than an adult. Depending on a child’s age or growth status, they can need as much as five times more calories per pound than an adult! This could be the same as you or I eating ten thousand calories every day, just to maintain a normal healthy weight (imagine what would happen!). Strangely, even when kids use calorically adequate ketogenic diets, they can still experience stunting.

This might be related to the fact that kids’ brains use about double the amount of energy every day compared to an adult’s brain, in terms of the percentage of energy derived from the food you eat. This is true until about age four, when head growth slows down relative to the rest of the body.

The big caveat here is that kids need clean carbs. When kids eat healthy, clean carb sources with good protein and ample varied fats, they grow well, and behave, sleep, and learn well too – I’ve seen this hundreds of times. “Clean carbs” are unprocessed, no-added-sugar, whole foods. Think vegetables, legumes, and tubers – parsnip, squashes (butternut, acorn, spaghetti squash, zucchini, pattypan), asparagus, cruciferous vegetables like Brussels sprouts, broccoli, or cauliflower, carrot, potato or sweet potato, greens, lentils, chick pea or beans, green and wax beans, taro, or manioc are all carbs to have on your menu rotation. They provide pre-biotics for your gut bacteria to work with for healthy fermentation in the gut and nutrient production, not to mention their bonus of minerals. Fresh unsugared fruit (not fruit juices) is helpful too. When it comes to grains, sprouted grains will be more digestible, but grains are by no means absolutely necessary in your child’s diet.

One not so great carb is yogurt – because yogurts for kids are generally loaded with added sugar or sugary fruit. Most yogurts on store shelves have far more sugar in them than fat or protein, so if your kid chugs drinkable yogurt tubes or even a non-dairy yogurt cup daily, switch to a no-added sugar option and use a drop or two of organic stevia to sweeten it if need be.

But Babies Are Born In Ketosis! So…Doesn’t That Prove Ketogenic Diets Are Good For Kids?

When babies are born, of course they’re in ketosis – they’re not eating anything yet at all, and need a fuel to carry them through what may be hours of labor. Ketones work great. A young baby (a month old or less) relies often on ketones to fuel the brain for its first few weeks. Ketones are preferentially allowed into the delicate new brain over glucose as an energy source in that first month too. This is when “early milk” or colostrum has more than twice as much fat in it than it does carbs. Does that mean ketogenic feeding is the next rage for babies and toddlers? I don’t see it. By the end of the first month, breast milk nutrient ratios shift, so that it’s nearly 40% carbohydrate, and this doesn’t change much even for moms eating ketogenic diets. In other words, after that early milk, we evolved to give our babies 30-40% of their calories as carbs in the first year; our bodies will preserve this ratio in our milk no matter what we eat.

For infants or kids with seizure disorders, ketogenic diets can be miraculous. They are definitely worth trying and definitely warrant professional guidance. They may work because they do change gut bacteria, and eating any carbs – even clean carbs – above 20-60 grams/day  (which is quite low) may trigger relapse of seizures. Follow your care team’s advice if this is your situation.

Ketogenic diets that are poorly monitored can be dangerous. I don’t recommend launching one for kids without professional guidance. If you have, watch for these warning signs of hyperketosis: Rapid, panting breathing; rapid heart rate; facial flushing; irritability; vomiting; or unusual lethargy. If you see those signs, call your doctor right away or go to your nearest emergency room.

For kids with autism or other conditions, there are options to tailor ketogenic diets to each child so that functioning improves dramatically, without compromising growth, bone health, or kidney health. This is one of my practice offerings, so contact me if you need help. And if you’re still laughing about that long list of veggies that your kid would never eat, let’s get in touch to work on that. Changing that gut bacteria profile can change your kids’ palate and appetite!