Give Your Baby Your Own Immune Defenses With Breastfeeding 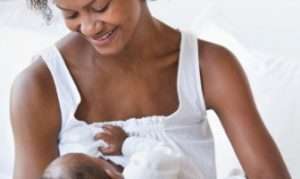 Remember when Sarah Palin declared October 2007 “Breastfeeding Awareness Month”? I didn’t either. But Michelle Obama’s efforts to support it got me thinking on it again. How could anyone possibly have anything bad to say about it?

My breastfeeding days were much shorter than I’d hoped. I only lasted six months, after struggling to nurse my baby on a deeply restricted diet that left me depleted and exhausted. He had multiple food protein sensitivities, and was a slow suckler with poor oral tone, taking hours daily at my breast to get little sustenance. I actually sat on my couch for nine hours daily, with him sipping tepidly. Then there was night time. Yes, we had a lactation consultant; no, it didn’t help. I didn’t relish sitting on my couch all day month after month, and he wasn’t exactly thriving for all this effort. Neither of us was too happy, or feeling too well. I pumped milk to keep an adequate supply and froze the surplus, hoping to get it in him somehow later. But he sniffed at the frozen-then-thawed milk, and refused it. The sad day came when I tearfully filled two large black plastic garbage bags with 4 ounce vials of my frozen milk, and threw it all away.

As a public health nutritionist, former WIC counselor, La Leche League fan, and registered dietitian, there was more than the usual burden of shame and failure in this for me. I had been whipped into shape on breastfeeding by not one but two of my graduate advisors, both fierce advocates and published scientists for it. There isn’t much I can say about breast-feeding that isn’t already well said. The evidence is broad, strong, and consistent. Breast-feeding saves lives and reduces infections; it diminishes the likelihood of obesity, cancers, and diabetes in children later on. The list of diseases against which breast milk offers protection is long. Its capacity to transfer immunity against Haemophilus influenza meningitis (aka “Hib” on the vaccine schedule) measles, and even diphtheria has been widely published. La Leche Leauge International’s website notes its protective effects against ear and respiratory infections, pneumonia, allergies, urinary tract infections, and even SIDS, the third leading cause of death in infants.  Breastfeeding saves money too: Pediatrics released a study earlier this year that calculated a thirteen billion dollar annual savings, if 90% of US mothers would comply with breastfeeding to age six months.

Besides protecting against diseases for which you carry immunity, your breast milk allows colonies of beneficial microflora to take root in your baby’s gut. These reduce odds for allergies and asthma later in life. Formula does a lesser job at this, and encourages disruptive microbial species. Formula manufacturers will do what they can to mimic a first food for our babies, but they simply will never get it right: Human milk has thousands of distinct components that support the immune system in some way, including antibodies, lactoferrin, and dozens of different prebiotic oligosaccharides – that is, carbohydrates specific to beneficial microbes in the baby’s gut. According to a 2007 UNICEF report, breastfeeding is the number one reason why child mortality has dropped worldwide…followed by vitamin A supplementation, and mosquito netting (Bill Gates, are you listening? The top three lifesavers for children worldwide do not include vaccines.).

With breast milk so successful at preventing death and disease in infants and toddlers, and at preventing long term health disasters that are incredibly costly burdens to society, why is so little said to moms about it, when it comes to that moment of meeting your newborn? Why are hospitals still putting formula samples in the newborn bassinette? Why not have a milk bank instead – expensive, but perhaps the benefits would outweigh the health care costs prevented. Lactation support staff is a great step, but with moms leaving the hospital in less than 72 hours after giving birth, little time is allowed to settle into a successful routine for anyone but the most motivated, or the easiest nursers – which my son was not.

I’m puzzled by the often neutral attitude many pediatricians have toward breastfeeding, compared to the, um, foaming-at-the-mouth attitude they have for vaccinating. Given the facts on safety and efficacy of breastfeeding versus vaccines, you might think it would be the other way around. Vaccines fail frequently (that is, kids who are vaccinated still get diseases they’re vaccinated against), and they injure often (the government has paid billions  in claims for injuries and deaths caused by vaccines). Breastfeeding does neither. Over 80% of parents today have expressed worries for the safety of vaccines, which pediatricians push with a heavy hand. We all want our babies to avoid infections and build healthy immunity; why not push breastfeeding with the same urgency as vaccines? Pediatrics says it would save money; UNICEF shows it saves lives. Instead of kicking parents out of their practices, pediatricians can support families deferring or delaying shots by informing on alternate strategies to prevent infection – like breastfeeding, or naturopathic measures to control infection and boost immune function for babies (see Special Needs Kids Go Pharm-Free for more ideas in that regard).

Imagine if as much pressure was placed on moms to breast feed, as there is on moms to vaccinate their babies in the first six months. Imagine if we had a cohort of exclusively breast-fed, unvaccinated infants followed to age five years, versus a cohort of babies who were vaccinated and exclusively breastfed. For good measure, let’s throw in a cohort of babies who were formula fed and vaccinated on schedule. To my knowledge, these data haven’t been collected and reviewed (though there are populations available to study).

Twist: We have now got the added dilemma of weak, false or transient immunity in women of child bearing age, women born since 1980; these are women who were brought up on many more vaccines than the generation before them. They have not had many of the natural infections I had as a kid, or my mother had; this means that their breast milk may not be the immune powerhouse that my own mother’s was in 1960, after she passed through the usual childhood infections of measles, chickenpox, even scarlet fever (she is alive and well at 84, never gets flu shots – and rarely if ever gets flu). Natural infections strengthen and invigorate the immune system, but as a species, have we weakened this to an extreme by vaccinating so often, and so early?

Meanwhile, perhaps our health care system can step in with strategies to overcome the obstacles to breastfeeding. For me, this would have meant access to a milk bank, so I could have continued giving breast milk to my son. I also needed help with restoring my own health and nutrition, after a pregnancy that started for twins but yielded only one live birth (I grew for two, but only delivered one).  If I could have slept, re-nourished and replenished myself, and gotten breaks, my baby’s health and my health could both have soared. The missing piece was support from my health care providers: My pediatrician told me to give up after just two weeks of nursing my son, and actually snickered at my insistence that we keep trying.

Obesity, diabetes, allergies, ear infections, meningitis, pneumonia, and flu are high on the radar for your pediatrician. Breast feeding is the very first thing, and perhaps the best thing, we can do to prevent these for our children. I would have gladly donated my surplus milk to a milk bank, and would have welcomed a tax deduction for it too. It’s a convenient sound byte to call supports like this “nanny state”, but that is all it is – a clever sound byte. We have a great resource in mom’s milk, and I hope pediatricians will crack their texts anew to learn why breastfeeding is so important. Hey, I still have two vials of that milk in the freezer. I wonder if it has chicken pox antibodies?