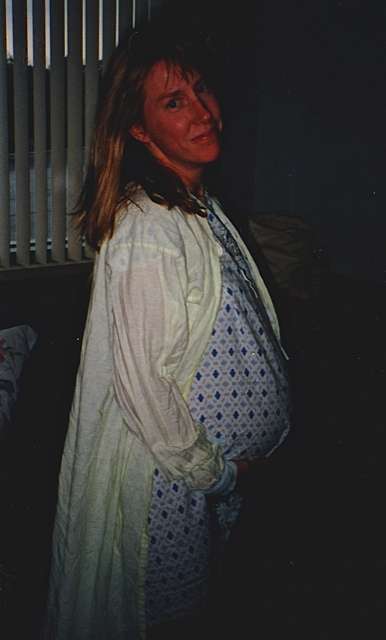 Even though I became a mom a long while ago (1996), and so much has changed since then, I still remember how it felt to go from independent young woman to faceless market niche. Not what I expected!

I was thirty five years old and pretty comfortable in my own skin. I had graduate and undergraduate degrees in my profession, enjoyed working, and was healthy, fit, and strong. But all of a sudden, it was as if I was no longer any of those things.

Now, I was a “pregnant woman”. And, I noticed, that meant that I no longer belonged to me. I belonged to the obstetrician/midwife, to that dreadful book “What To Expect When You’re Expecting” (at the time this featured a sad, lonely woman sitting in a rocking chair on its cover), to Graco (baby stuff maker de rigeur), to Hanna Andersson, to the pediatrician, and to any stranger, friend, or foe who felt it necessary to give me advice.

I felt palpable expectations for my behavior all around me, and everyone seemed to be quite uninhibited in letting me know how “pregnant women” behave or what they are supposed to do. The only word I can conjure here is “obedient”. Pregnant women are supposed to be obedient. Obey what society would like you to do, buy, wear, and say, regarding your pregnancy and children. I didn’t see that coming. I was taken aback by it, and tried to shake it off. But it lingered.

From the get go, I was not encouraged to cultivate my intuition as a mother, or listen to my own body. The idea that perhaps I might like to tap some innate wisdom deep in myself was an embarrassment at best. I was definitely supposed to listen to everybody else. Going inward toward my own knowing was regarded as quaint but unnecessary, or, just plain selfish, dumb, or stubborn. Don’t you know? The doctor will tell you everything you need to know. Besides, aren’t you exhausted from this birth business, breastfeeding, laundry, the sleep deprivation (yes)? Let the experts drive the bus.

Some harsh events at my son’s birth and infancy made me quickly understand how deeply rooted in our own knowing women must be, as we meet this moment in our lives. It’s crucial for your well being. It’s also crucial for your baby’s safety and health, from the moment you first cradle them to the moment you launch your young adult child toward their own lives. We women need that quiet, still, reassuring connection to our intuition. How else do you communicate with your baby, before or after they arrive in our world? No one else is more equipped than you to do this!

You’re the mom, you’re the vessel nurturing this new life, from conception into the first couple of years of your child’s life. Even after that, intuition doesn’t go away. And adoptive moms will know this too, in their own fashion. Honoring and cultivating that connection will help you be a happier mom and will help your child be healthier.

In my pediatric nutrition practice, I hear time and again about struggles mothers have with  medical resources that they are tapping to help their children get better. I usually meet the infants, toddlers, kids and teens who have been failed by conventional medicine, who have been through the medical ringer. Their moms are at wits’ end, they are sad, they have tried everything, done everything their doctors told them to do. They have submitted their children for procedure after procedure, surgeries, all the recommended inoculations, exams, blood draws, endoscopies, barium swallows, rounds of strong drugs, and more. But their kids are still so sick, not able, not well. Life is a blur of specialist appointments, medications, pumps for feeding tubes, and so  on.

At this point, I often discover that although these moms do everything they can for their children, the one thing they didn’t do is put their intuition in charge. They have let others decide what’s best for their babies. They weighed expert opinions carefully but left out their own heart. And by the time I meet them, they realize this oversight and express regret. They were trying hard to be rational, safe, obedient. They gave away their intuitive power, and question if keeping it would have meant their children would have suffered less.

Mine would have. I deeply regret allowing his vaccinations at age two and four months, after he had already been hospitalized for an adverse reaction from his newborn hepatitis B shot. The follow up shots nearly killed my son just as he began to settle down. They triggered violent seizures, tremors, and neuromotor problems that lasted for years. He has struggled with learning, vision, and sensory processing challenges as a result. I let the pediatrician bully me. My urge to swaddle up my son and just bolt from the office before the nurse arrived with her tray of needles? I squelched it. I stood stock still – obedient. I then watched my infant son’s face contort in pain as needles sunk into his thighs and I knew I had betrayed his trust, and betrayed myself as a knowing and intuitive mother.

Honor that direct line, that hot line, straight to your own intuition. It lets you call your highest knowingest self, any time day or night, and listen in. No interference. No self doubt. Just an accepting, neutral, no-judgment you on the other end of the line, with a sureness for your next steps, as a mom. What would that be like? What would it mean for your child? What would it mean for you, to unapologetically claim your own prowess and tap your own wisdom?

You have that voice. The more you pick up the line and listen, the more you’ll feel it. The harder it will be to ignore. 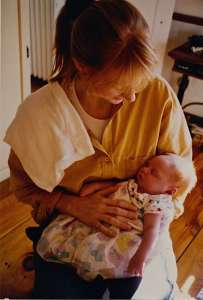 Finding our feet, cozy at home

Here’s to your intuition as a mom, and to all the times you honored it. Read these amazing accounts of moms who did. Your intuition is not just for emergencies. It will guide you to know your child better than anyone, and listen to their needs when they aren’t able to communicate them to you. No doctor in the land has that ability, but that voice will connect you to providers and helpers who are here to lift your child up on their journey to good health.